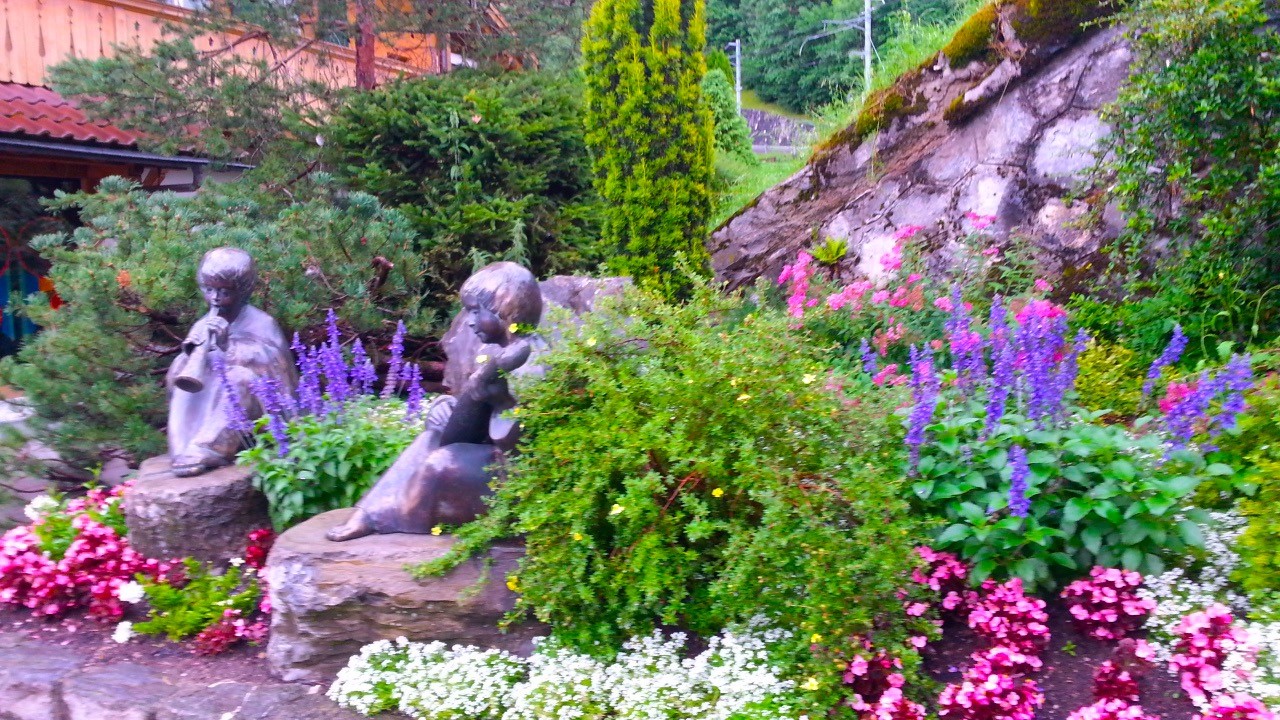 Journey through spectacular mountain scenery and picturesque cities as you experience the enchanting Alpine cultures of Switzerland, Austria and Bavaria. Spend four nights each in the UNESCO World Heritage city of Bern and the charming Alpine city of Innsbruck. Walk the halls of the 13th-century Château de Chillon, a princely residence on the shores of Lake Geneva. Ride the legendary GoldenPass Panoramic Train from Montreux to the Alpine ski resort Gstaad. Explore Lucerne, the "Swiss Paradise on the Lake.” Visit Mozart's birthplace and the Mirabell Gardens, featured in the "Sound of Music," during your time in Salzburg. See the fairy-tale castle, Neuschwanstein. Visit Oberammergau, a picture-perfect traditional German Alpine village. Sample traditional regional cuisine, including cheese fondue, at some of the oldest and most famous restaurants in Europe.

Set out to discover spectacular Switzerland, Austria and Bavaria. 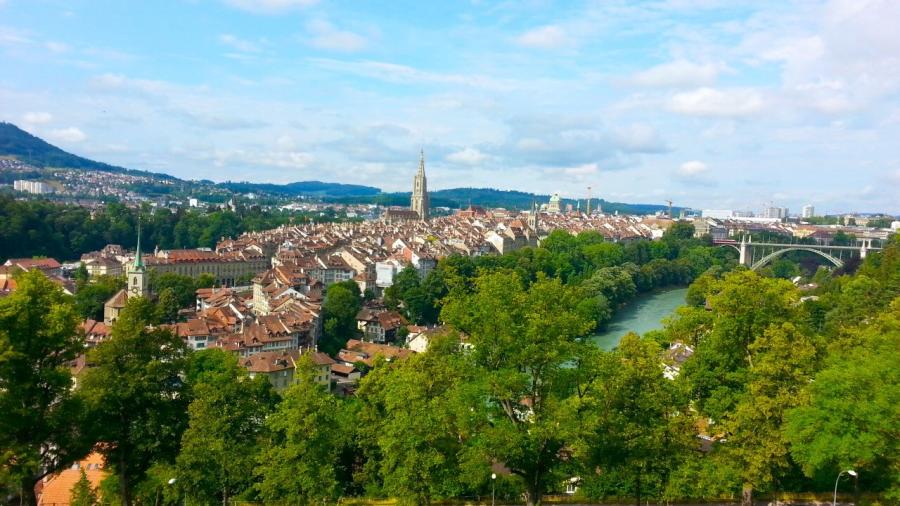 Medieval city of Bern, the capital of Switzerland

Our first day touring in the medieval city of Bern, the capital of Switzerland. The city is in the German speaking part of the country. Switzerland has 4 official languages: French, German, Italian and Romansh, spoken by just 10000 citizens. All are taught in school including English.

Explore delightful Bern on a panoramic sightseeing tour featuring the Bundeshaus (the Swiss Parliament), the famous Bear Pit, the Rose Gardens and the gothic cathedral which dominates Old Town’s skyline. The remainder of the day is at leisure to explore independently or perhaps take a ride in the red carriages of the Gurtenbahn funicular railway, climbing Gurten Mountain to an altitude of 2,574 feet (858 meters) for impressive views of Bern, the surrounding towns and mountains. 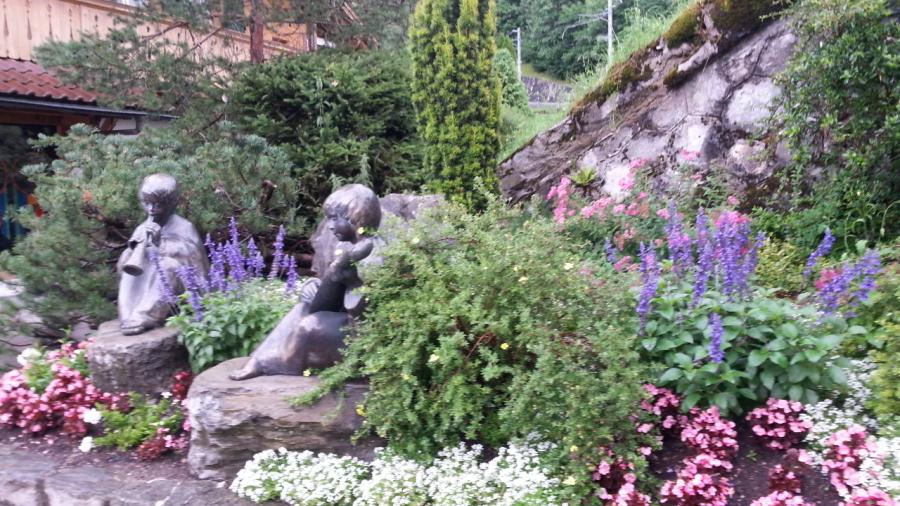 Travel along the shores of Lake Geneva to the legendary, medieval Château de Chillon. This princely residence faces the lake and puts forth the image of an imposing fortress from the mountains. Later, enjoy inspiring Alpine views with a ride on the GoldenPass Panoramic Train from Montreux to Gstaad. Discover the delightful ambience of this world-famous Alpine ski resort with its numerous traditional wood chalets. 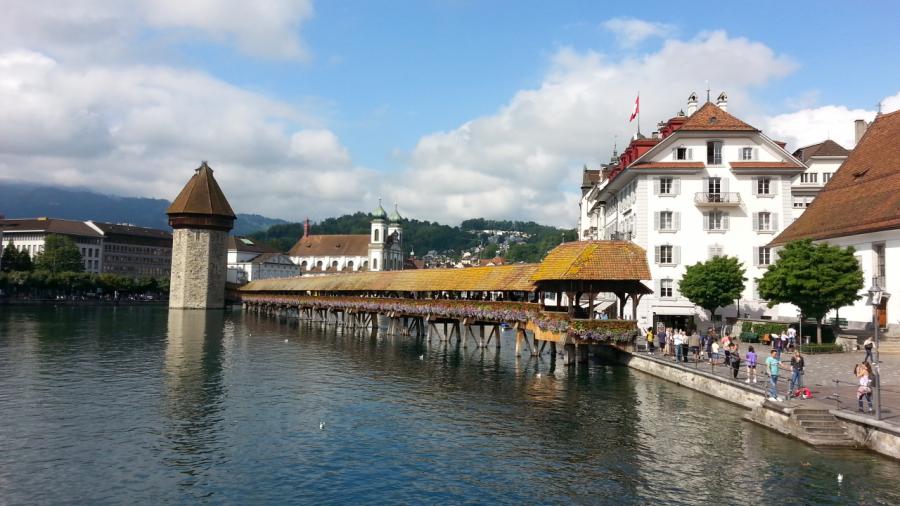 Chapel Bridge with Water Tower. Originally built in 1365; burnt in the 1993 and rebuilt.

Set out for Lucerne, the “Swiss Paradise on the Lake.” Enjoy a leisurely paced Altstadt (Old Town) walking tour, exploring the hidden treasures of the city. Lucerne has more than 800 years of history. Explore such medieval treasures as the covered Chapel Bridge (1833); the famous Water Tower which has served as a prison, watchtower and treasury; the Renaissance-style Town Hall; the baroque Jesuit Church; and the Lion Monument, carved from natural rock to commemorate the heroic Swiss Guard. Tonight we dine at one of Bern’s great restaurants. 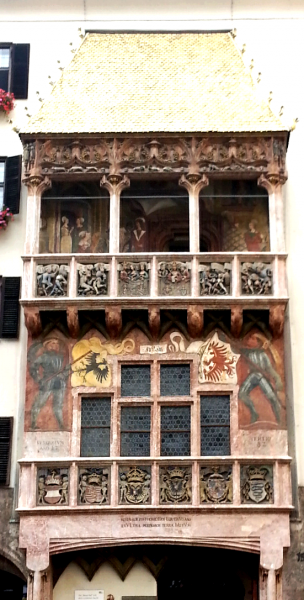 The Golden Roof. Completed in 1500, the roof was decorated with 2,657 fire-gilded copper tiles for Emperor Maximilian I to mark his wedding to Bianca Maria Sforza.

En route to Innsbruck we make our way through Liechtenstein, the smallest and richest German-speaking country in the world and the only country to lie entirely within the Alps. Upon arrival in Innsbruck, it’s your choice! Select one of two leisurely walking tours: join a local guide as you discover the city’s history, culture and popular attractions including Maria Theresien Strasse, the Hofburg and the “Golden Roof" -OR- you may embark on a tour focusing on Innsbruck’s unique architectural structures including its famous ski jump. 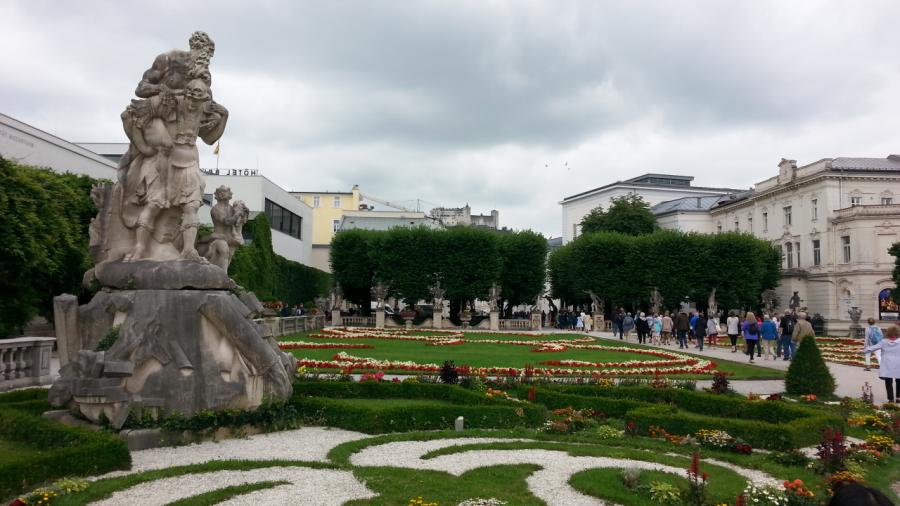 Cloudy day in Salzburg but Mirabelle Gardens are beautiful. You may remember them from the Sound of Music. 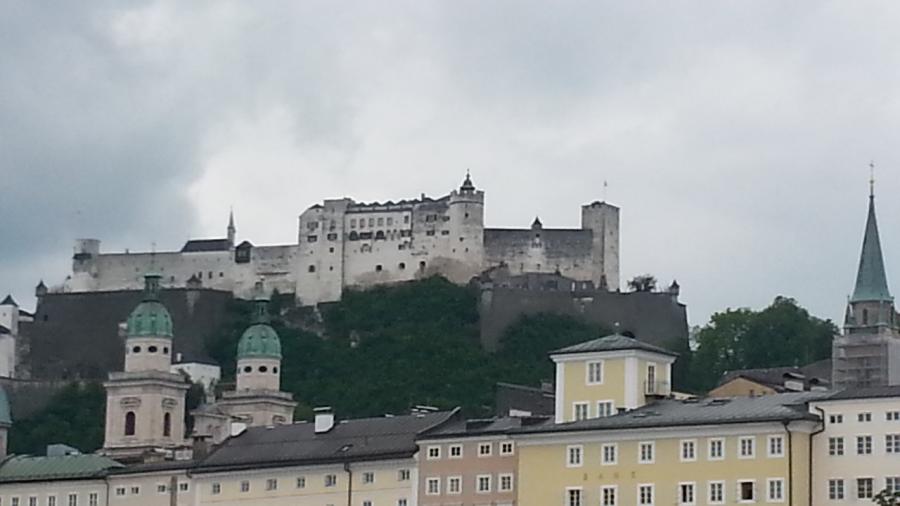 The castle fortress of Salzburg towers over the city. Take the funicular from the lower town for stunning views. 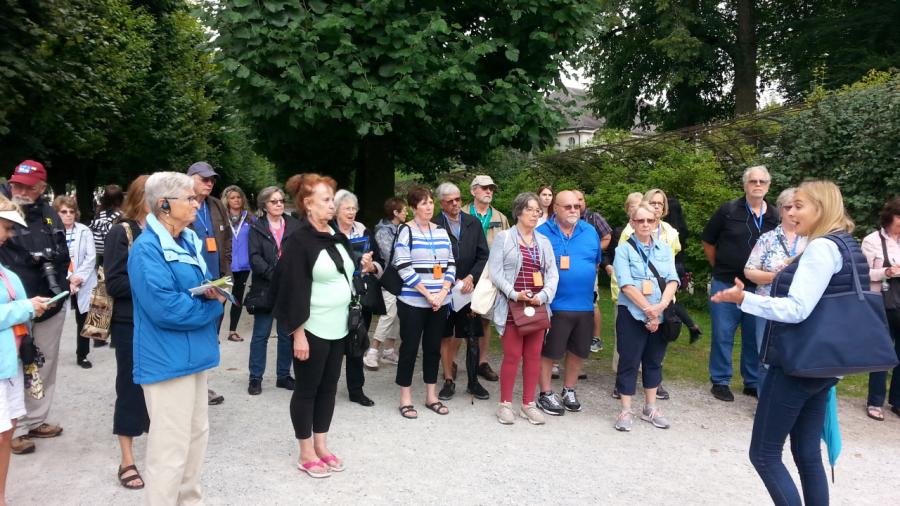 Our AAA group listens to our city guide while touring Salzburg. 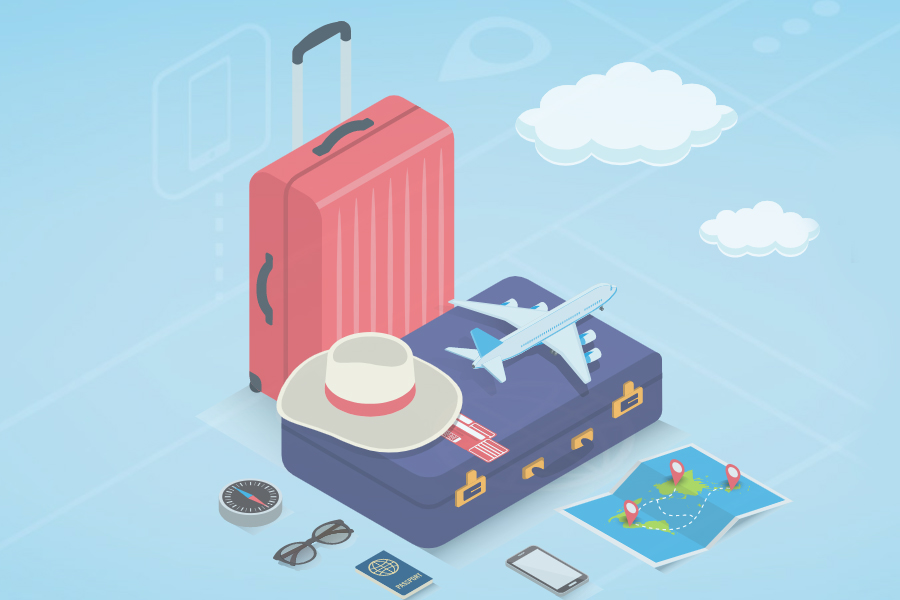 DIAMONDS ARE THE CLEAR CHOICE FOR TRAVELERS: 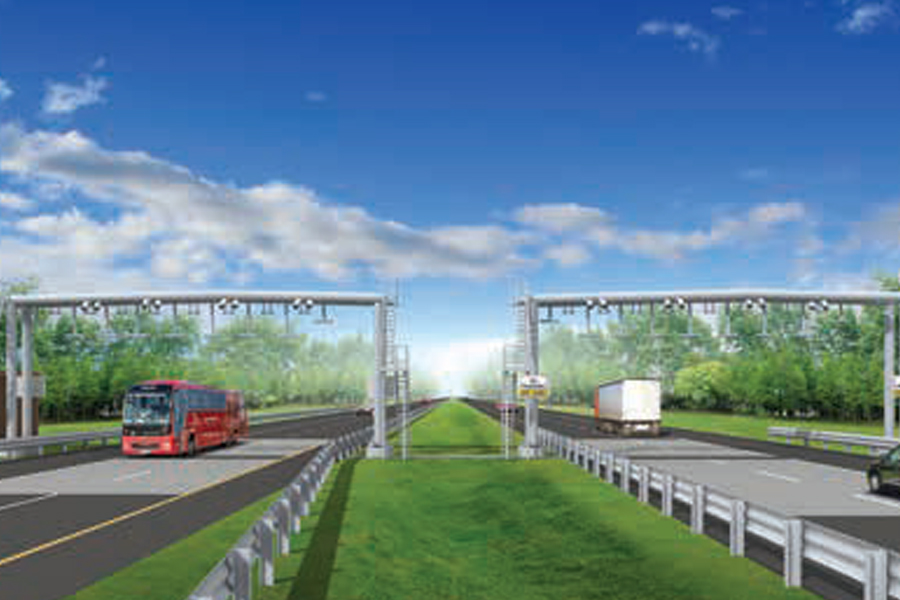 Be Prepared for Cashless Tolling 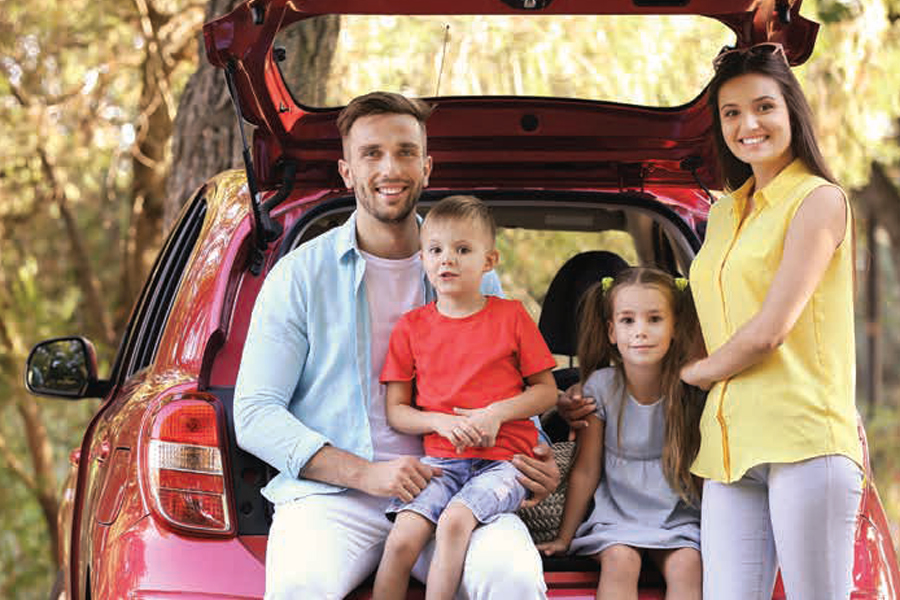 Travel restrictions and social distancing might have put a damper on some vacation plans, but road-tripping will be a great option this summer.  AAA and its travel partners can... 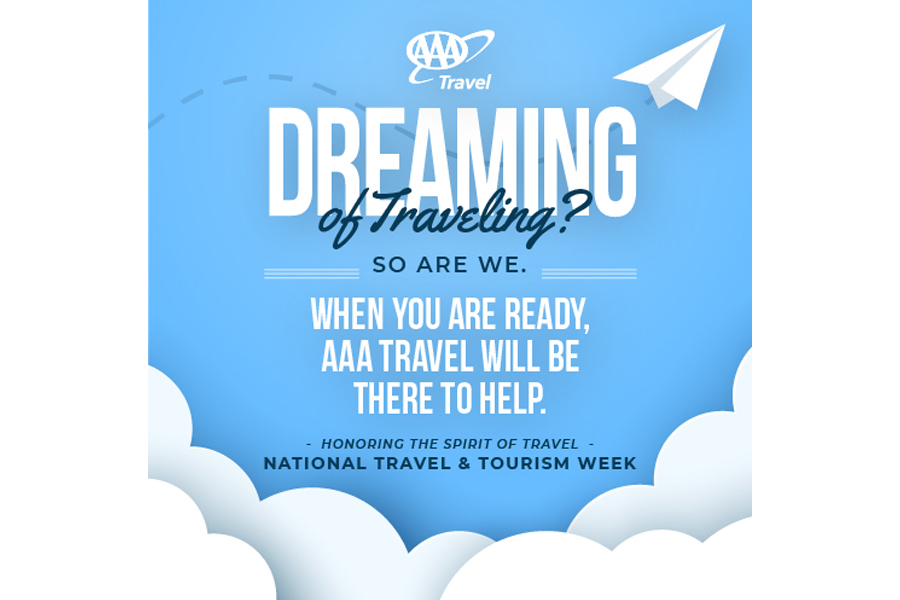 Get in the Spirit to Travel Again

Travel gives us so many memories—a family vacation, a romantic getaway, an adventurous road trip—that inspire us to imagine what our next trip will be. One of the best parts of traveling is right in...